The rise of strange musical genres 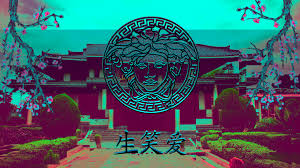 Imagine turning on the radio on a pleasant Saturday afternoon during your drive back from work. And in the mix of songs from people like Kendrick Lamar, Lady Gaga, Rihanna, and Justin Bieber; you hear artists like Macintosh Plus, Clams Casino, Night Tempo, Blank Banshee who have music that consists of sampled elevator music or vocals that are meant to be played in reverse!

Now, imagine these people in concerts and clubs worldwide, where they play in front of marble statues and 90s inspired web art for large masses of young adults.

Music is something that evolves and changes with time and the people living during that period and the most popular genres today evolved from older genres.

However, in order for genres, such as rap or Country music, to be created, there need to be other smaller and less successful genres created and mixed together until they merge into something better. In that process, some of the weirdest genres are created, such as Seapunk or Chiptune.

These genres are normally buried deep underground and are only talked by hipsters or those that explore enough. However, in the recent years, these types of music are being brought to the surface and are being noticed more and more by the general public. Vaporwave, for instance, is a genre that is gaining more and more traction every year. Vaporwave is a genre that primarily consists of elevator music, corporate music, commercials, MIDI, soft 80s music mashed together with awkward editing and copy pasting with a large amount of effects that distorts the music in order to create a feeling of nostalgia in the listener.

The genre also has an art style, which is created by using 80s or 90s web art, roman sculptures, and images of various classic products. The genre has a large amount of music artists and spawned several subgenres and has slowly gained popularity for its unique music and art. In fact, the genre has become so popular that the famous visual and performance artist Aileen Quintana is designing a mall based on the genre.

Vaporwave is also not the only genre that is gaining popularity, genres such as Witch House, which is house music with a very dark tone, are also becoming more and more popular. Artists such as Clams Casino have worked with other mainstream artists in order to create a mixture of music and genres. Chiptune, which is a genre that can be described as being EDM with a classic video game twist, also has artists that now perform in large concerts worldwide. While all of this is impressive in multiple ways, these genres are still not anywhere close to reaching the same level of popularity as the pop music today.

However, artists such as Rihanna are also taking notice and adapting their style in order to fit the changing taste of society.

In 2012, she performed her hit song “Diamonds” on SNL with a very trippy background which was similar in style to Vaporwave or Seapunk’s art style.

While the scene that I depicted earlier isn’t something that is going to be happening anytime soon; the fact still remains that music is changing drastically and it isn’t going to be long till one of these weird genres take the world by storm.