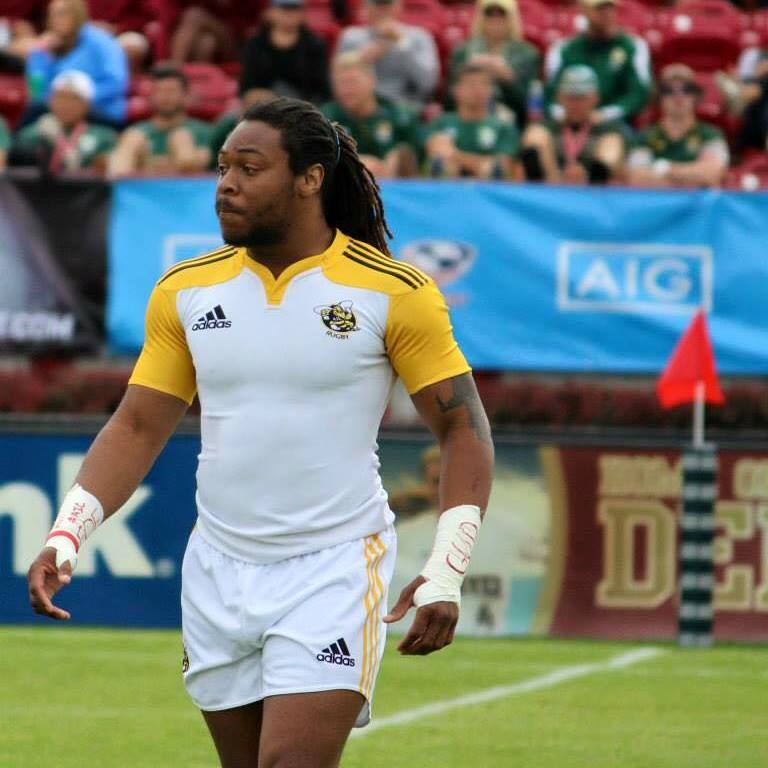 AIC Senior Christian Adams has come a long way with the Men’s Rugby program and was one of the keystones to give the college program an uplift to win three championships in a row and to clinch a spot in the Collegiate Rugby Championships for the first time in history.

Three-time All-American Christian Adams had a setback last fall 2017 and was not able to play the 15s season. It was a little heartbreaking for the senior and the teammates, as if he had let them down. But now, thankfully he is able to get back on track for the program and for himself to get his degree.

During the fall season, Adams explained that “it literally feels like I’m free. Like if I were a slave and I finally got free. Walking on the field, and turf and seeing your friends and teammates practicing … like I could go get a run in but I knew I wasn’t running for any specific purpose.”

It was difficult for Adams coming out for practices in the fall but that feeling of being unable to compete in games for the work you put in wasn’t a great feeling at all.

“It was strictly running basically, for fun,” Adams said. “So being eligible, it’s like I can run freely, and to my full potential, meaning like I’m getting something greater than running for fun. I’m running to be the best, the fittest, to kill in competition.”

Instead of running for fun, it’s running for a purpose now for Adams now. Being released to play for his last semester here at AIC is the best.

“Basically in my last chapter at AIC I’m looking to win everything for my team and strictly for the ones immediately surrounding me. I’m aiming to raise my score record, hopefully break some new ones. And help lead the gang back to the Collegiate Rugby Championship,” Adams said.

Quite a good way to end his legacy at AIC with the sport he loves and the program he’s willing to put his body on the line for.

Teammates of Christian Adams return are very much excited for Adams return on the pitch with them, and ready to get things rolling for the sevens season.

Junior Michele Magistrali mentioned, “having Chris back again on the field with us this semester, it’s really important for the team as a whole. The team’s main goal is to win a national championship and having a player that has been one of the best sevens player in the country throughout his college career is going to be a great help to achieve our goal. He’s been determined with his hard work in class since last semester and this semester he’s finally going to have his time to shine back again!”

The AIC Rugby Program depth and roster for sevens season this year is looking well prepare to win a championship. Another teammate of Adams excited for appearance again on the field again is Junior Christain Ortega.

“When he’s on the field I know he’s going to give it 100 percent on both sides of the ball. He can create space for others with his hard running and can stick all his tackles on defense. Not just a force physically but will also lead with his voice. He has a good rugby IQ.”

All eyes on Mr. Adams alongside the other seniors Jihad Khabir, Matty Jones as they take on their last ride with the American International College rugby program this Spring Semester that they had up lifted through last four years.