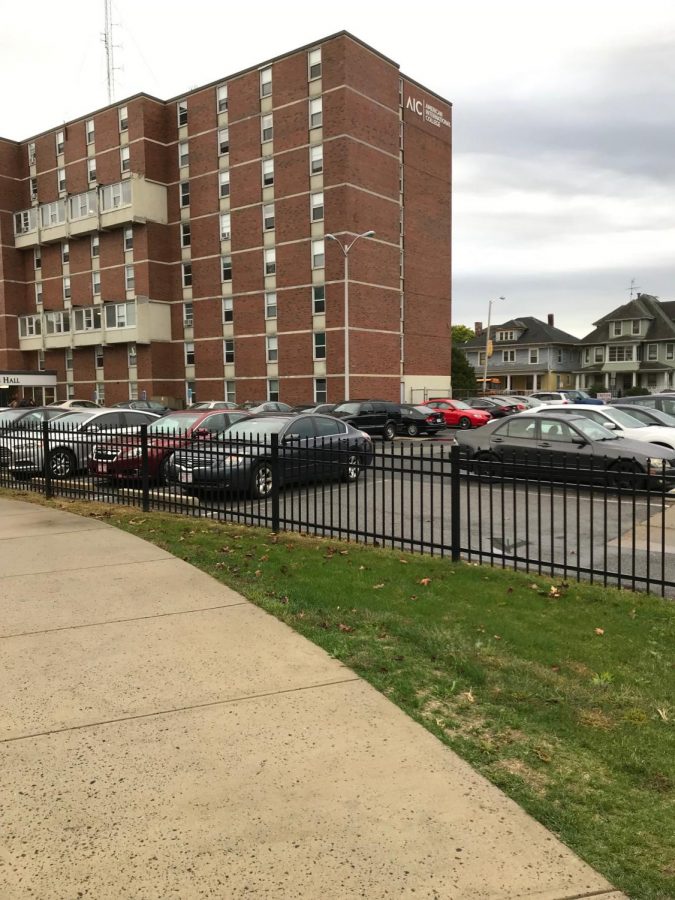 AIC students who commute to campus have a lot more than just traffic to worry about in the morning. When they arrive to campus, commuters face limited parking spots, reckless student drivers, hit-and-runs, tow trucks, and the added expense of a parking permit.

Keon Wedderburn is a senior at American International College and majors in business. Wedderburn commutes to campus and has been parking on campus for the last three years. But his experience parking in the commuter lots has been no picnic. “It has been terrible,” Wedderburn explained. One of Wedderburn’s complaints is that there are not enough spaces to go around, and the lots fill up too fast too early. “You have to arrive super early to get a parking space, which is very difficult because you have to wake up early, which makes you tired when you arrive to class.”

In addition to the limited number of spaces, Wedderburn also complained of the behavior from other student drivers he has witnessed in the commuter lot. “Some students are very rude,” he reported. “When you try to pull in or out, they try to cut you off or try to take the spot that you are clearly trying to park in. They do not care.”

Wedderburn also claims to have witnessed a hit-and-run in one of the commuter lots. “I’ve seen some students bump into another student’s car and leave the scene. So I reported it to the campus police… It just makes me nervous to park my car there.” 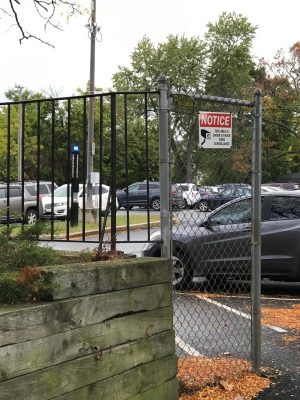 Inexperienced or reckless drivers may present one kind of hazard of parking in the commuter lot, but for students who are running late to class or who park where they are not supposed to, campus police provide another. In Wedderburn’s case, the campus police could not see the parking pass displayed on his window. “They could not see that I had a parking pass, so they tried to tow my car,” Wedderburn explained. “It was a good thing that I was there to show them my parking pass so they did not have to tow my car.”

To add to the list of grievances, parking on campus can be expensive for commuters. Many commuters are already paying for gas, insurance, or other costs related to owning or maintaining a vehicle. For Wedderburn, the cost of parking on campus crosses a line: “It is completely ridiculous that it costs fifty dollars a month to park here. It is bad enough that we have to pay so much for tuition. But [we] have to pay to be able to come to school? It is stupid. We should be able to park here for free. I work and go to school to pay for my tuition. But paying for parking on top of it?”

Another student named Aamna Shahid, who is a sophomore majoring in education, shared Wedderburn’s sentiments. “I’d rather be early to school and find another parking spot around the campus than to pay fifty dollars a month,” Shahid explained. “It’s hard enough paying for everything else. I’d rather use that fifty dollars for things I need, such as books or food, because that’s a better use than paying to park.” Shahid also said, “I believe that the tuition that we pay to go to this school should cover the cost to pay for parking so that students do not have to get up early to find a different parking spot… The easier it is for students to get to class and be there on time, the easier it will be to focus on their studies.”

Wedderburn ended the conversation by saying, “AIC parking is just another way for the school to get students to pay for more, because that’s how colleges are. They just want you to spend as much money as possible. I really hope… someday that colleges will not charge for parking. But we can only hope that day comes.” For AIC commuters like Wedderburn and Shahid, that day cannot come soon enough.