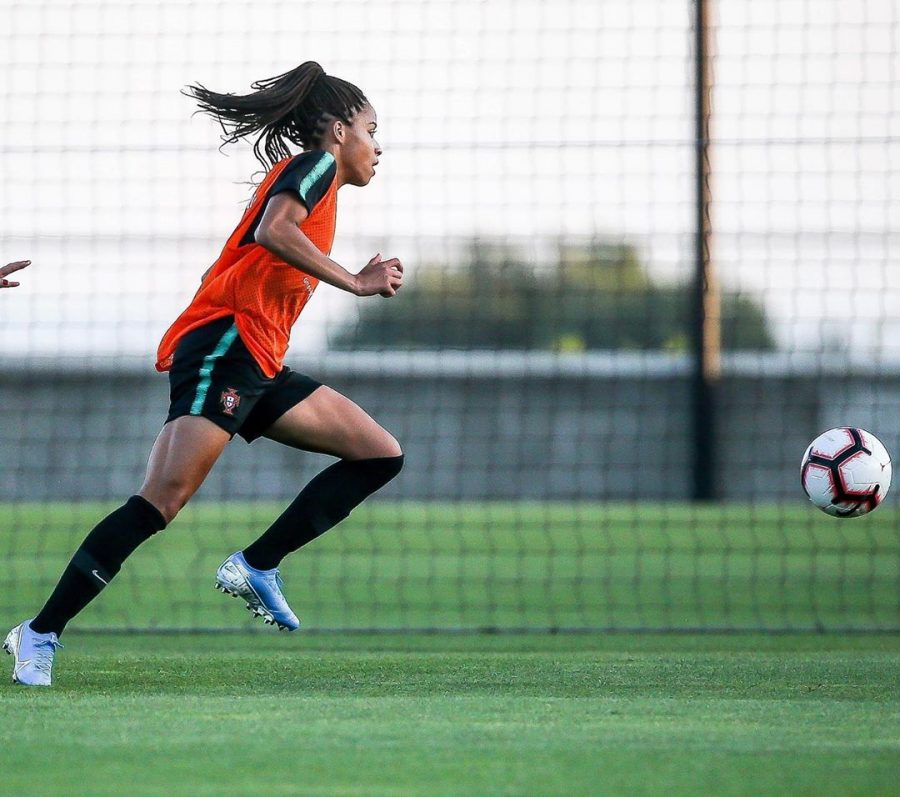 The Portugal Women’s National Team lost 4-0 against the USA, the reigning FIFA Women’s World Cup champions, on August 29, at the Lincoln Financial Field in Philadelphia, Pennsylvania.

Portugal has never faced the US in an official game, due to the fact that they never qualified for the Women’s World Cup and the countries play in different federations. Although the result was not positive, Portugal gave their all and made the US struggle for 90 minutes of the game.

Portugal faced the US Women’s National Team in a friendly, pre-season game. They came home after the game with not just a loss, but a lesson.

Carli Lloyd and Lindsey Horan were the goal scorers for the US. The international players have been playing for the USWNT for the past few years. The USNWT has been at the hight of the women’s game for at least 5 years now. They qualified for every Women’s World Cup since its inception in 1991, and they have come home from the competition with 4 cups in 1991, 1999, 2015, and the most recent one in 2019.

Portugal has struggled for the past few years, but have been making a resurgence recently. They qualified for the Euros last year, but they still have never made an appearance in the Women’s World Cup.

Francisco Neto, the head coach of the Portugal Women’s National Team since 2014, was ready for the USA and had a prepared mindset for the friendly game.

“It is an extremely difficult game for the Portuguese,” Neto said. “They [USNWT] are the most recent World Champions, but this will not stop us from giving our best. This game will make us grow as a whole. It will be a completely different environment and a fun experience for our players to play in a stadium with 50,000 people watching.”

After the game, the head coach added, “I get to leave the United States happy, even though we just lost. The stadium had 20,000 people today just to watch the world’s women’s soccer latest champions. And they also brought the same starting eleven that was playing in the world cup, which shows the respect they have for our team. That is what makes me proud the most.”

Jessica Silva, the right forward for Portugal who was recently transferred to the Champion’s League Champion’s team in Lyon, had some opinions regarding the game. “I felt extremely happy when I found out I was going to play against USA in Philadelphia,” Silva said. “I have never played for the national team in the US, and playing against the world champions in their home country was the best way to push up the women’s soccer program around the world.”

Silva also added, “The sensation when I stepped on the field was unbelievable. People applauding us just because we are playing against the best team in the world and not giving up was truly remarkable for me. After the game, I even spoke to Carli Lloyd. She was giving me some feedback on the team and what we could accomplish if we kept working the way we showed during the game.”

Silva also mentioned that the team is focused after this lesson and ready to face every obstacle in order to reach the goal of making it to the Euro qualifiers in 2021 and shine as a team. The team started off on the right track. Therefore, the team, like Silva said, is ready for the next competition and focused on achieving accomplishments in the Euro in 2021.

The Portugal Women’s National Team faces Finland on November 12 for a qualifiers game for the Euro 2021. The Women’s Euro is going to take place in England from July 11 to August 1, 2021.