HBO’s Euphoria depicts teen struggles with sex, drugs, and identity—but is it relatable? 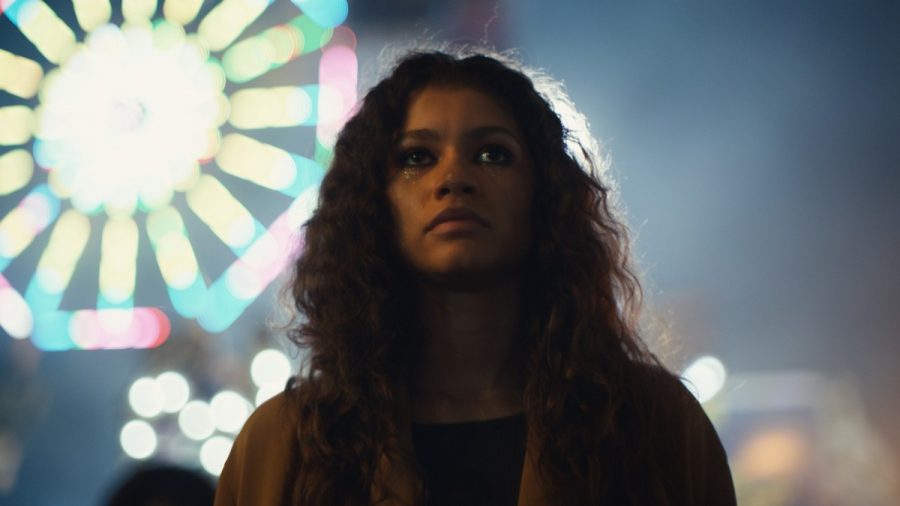 Rue, played by Zendaya, who is the protagonist of the show.

Some viewers of HBO’s new show Euphoria, produced by Sam Levinson, were left in disbelief after the season finale.

It was shocking to witness a show as raw as Euphoria air on national television. After watching and falling in love with the show, I pondered, is the show genuinely relatable? I asked several students at AIC, and I was surprised by the responses.

To sum it all up, Euphoria brings Levinson’s past to life. The show depicts the rough world of teenagers trying to find themselves through drugs, sex, social media nightmares, broken homes, and emotional distress.

Levinson does not shy away from reality. The show is graphic and does not beat around the bush in its depiction of just how brutal teenage life can seem.

The show’s emphasis on this kind of behavior from teenagers departs significantly from my own experience in high school. That was when I had to ask a few peers of mine, is the show that relatable?

One student at AIC, Bishop Bryan, thinks the show is relatable on some level. “The show brings a new aspect to all television shows that try to relate to teenagers,” Bryan said.

“This is raw and new. I feel as if even if they were trying to be relatable, anyone in some form does… Admit it or not, drugs, sex, [and] depression [happen] all around us, and it mostly starts in high school.”

Bryan was very excited that a show like Euphoria surfaced on television. “They placed it in high school not only to be relatable, but to shine a light on the problems we young adults endure.”

Plenty of other students agreed. Another AIC student said, “It is nice to see things such as mental health and sexual identity being expressed in a television show.”

The show depicts sexual favors being exchanged between an older man, Cal (played by Eric Dane) and a 17-year-old transgender girl, Jules (played by trans model Hunter Schafer). In the show, the reason that Jules involves herself in the sexual favors is that she wants to conquer femininity.

The show brings a refreshing representation of transgender people with Jules and the emotional conflicts with which she struggles. Jules feels like she must prove her femininity to the world more than her cis-gender friends. No one can name a time when they have come across issues of gender and sexuality being talked about so much and so respectfully in a television show.

The protagonist, Rue (played by Zendaya) struggles with her sexuality all throughout the season, and falls in love with her trans best friend.

Nate (played by Jacob Elordi), Cal’s angry son, learns about his father’s adulterous relationship with Jules that continues while his parents are married, and is forced to think that maybe everything is not black and white.

In the show, these characters discuss sexuality as a spectrum, that there is no need to be fully this or that.

Teens in the show are also depicted performing sexual favors for money. To some viewers, this was shocking, and forced some viewers to wonder if this is an accurate depiction of a teen’s life in high school.

The show also depicts drug use on a level that makes it almost unbearable to watch. Rue struggles with drug use for the entire season. Coming out of rehab, Rue has no intention to actually become clean.

Her relationship with her mother, Leslie (played by Nika King), and sister, Gia (played by Storm Reid), is the same, but it is not as strong after her overdose, when everyone seems to tiptoe around her.

Rue’s father’s overdose and death drive home the sense that everything is temporary for Rue. So, she goes about life without hope. That is, until she comes along a new friend, Jules, who helps her to replace her drug habit with a different kind of euphoria.

Jules seems to be a good friend at first, but then the show reveals the real consequences of drug use.

It shows the hardships faced by users, addicts, and those in recovery; even if you try your best to move on, the habit can always return.

After talking with my peers, it’s easy to see that everyone finds Euphoria relatable in their own personal form.