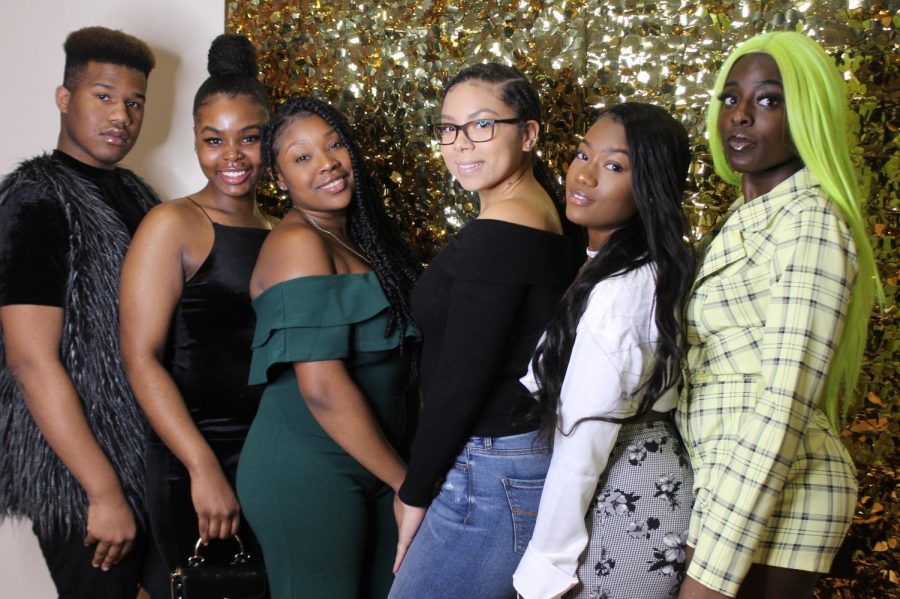 In honor of Black History Month and the students at AIC who strive to make this campus a better place, the Yellow Jacket would like to showcase coverage from the annual Black Excellent Ball that kicked off the final month of the decade.

The Black Excellence Ball is an event that recognizes the achievements of young black scholars and other persons of color on the campus of American International College.

PRIDE’s executive board shared the importance of acknowledging students who may often feel overlooked. In many cases, these students are working just as hard, if not harder, than some of the students who constantly receive accolades.

There were ten award categories for which students were eligible, each of which embodied different aspects of Black excellence.

The nomination process is quite simple and really allows the campus to have a voice. Initially, students are nominated by their peers.

Nominees then run campaigns until the voting begins the week prior to the event. PRIDE not only runs voting online, but they also table throughout campus so everyone can participate. This helps to ensure that all votes are calculated and that winners are selected in time for the announcement of the awards during the event.

As the evening began, PRIDE welcomed guests with a long lavish red carpet. There was also a shimmering gold photo booth run by ShotsxSam, a photography company run by alumni and former PRIDE member Samira Abdul-Karim.

The event also featured soothing sounds of jazz and soul music to set the mood as people networked and awaited the start of the program.

“What that melanin do?!” Donnette Minnie Jones asked the audience. Her question silenced the murmurs of the attendees and immediately caught the attention of everyone in the CCA, who eagerly awaited what she was going to say next.

Jones was the first speaker of the night. She made it clear she is no stranger to the liberation of melanated people through economic unity and collaboration.

Her extensive historical, metaphysical, and biological knowledge on the excellence of Black men, women, and children awakened a yearning for knowledge throughout the crowd.

As the minds of the audience opened up, it was the perfect time to announce the winners of the first four categories.

The first award of the night was for Academic Achievement, which recognized a student’s relentless efforts to achieve academic success and to help those around them, while maintaining a positive spirit in and out of the classroom. The award went to senior Taeha Woodard.

The second award of the evening was the Future Entrepreneur award that recognized a student who is proactive in launching her future business and who engages in activities to help network her brand. The award recipient was junior Gakeesha Bernadin.

The third award went to someone who does countless hours of volunteering and who is known for being selfless inside and outside of the campus community. The award went to junior Deshawn Givens.

The fourth award given was to a natural born leader on campus who is involved in ensuring the success of her own organizations as well as those around her. The award recipient was senior Taylor Heggins.

Dr. Odo Naku Butler, Director of Institutional Research at AIC, was the second speaker of the evening. He highlighted the importance of history and self-esteem in the Black community.

Dr. Butler elaborated on the three G’s: Gifts, God, and Goals, so that students of color use the gifts God has given them to reach their goals and to continue to excel as Ebony people in America.

Dr. Butler’s comments provided a segue into a few more awards, which highlighted how students have used their gifts to help them excel within the institution.

The Female and Male MVP award recognized students who lead from the court to the classroom. It also celebrates students who bring out the best in their teammates, no matter the environment. The recipient for Female MVP was senior Rashana Siders, and Male MVP was junior Zekiah Owens.

The seventh category of the night recognized a student who embodies the spirit of creativity and who uses it to bring about change. The recipient of the Most Artistic award was sophomore Ellen Tue.

The next award went to a freshman who never hesitates to get involved and to meet new people on campus. As a first-year student, it is not easy diving into a sea of opportunity into which one has barely dipped one’s toes. The award for Most Active Freshman went to Shadon Taylor.

To keep the magic going, PRIDE invited a phenomenal young black musician from Washington D.C. to deliver an amazing performance. Hunter Yerell, who is only seventeen years old, played the saxophone and flute, and introduced the audience to a wind instrument from Asia, the hulusi.

“Being a part of the event was amazing,” Yerell shared. “Having the opportunity to participate in such a prestigious event was truly a highlight.”

The final speaker of the evening is no stranger to the AIC community. Keshawn Dodds is the former Director of Diversity and Community Engagement at AIC, and is now the Executive Director of the Boys and Girls Club Family Center.

He took the audience on his journey of persevering through many obstacles. He also emphasized the importance of dealing with mental health because it is something that is often overlooked in the African American community.

He reminded the audience, “We cannot conquer this world unless you take care of your internal self.”

To lighten the mood, he also reminded the audience that AIC is like an HBCU (Historically Black College or University) of the North, so we must keep excellence abundantly relevant.

The Woman of Essence represents an individual who has a found the balance between confidence and humility while remaining an all-around inspiring person.

Lakoju, who is also the President of PRIDE, expressed the gratitude she has for being able to host events like this on campus.

She shared, “In the future, I hope to partner with neighboring colleges and universities, making the event bigger and better.”