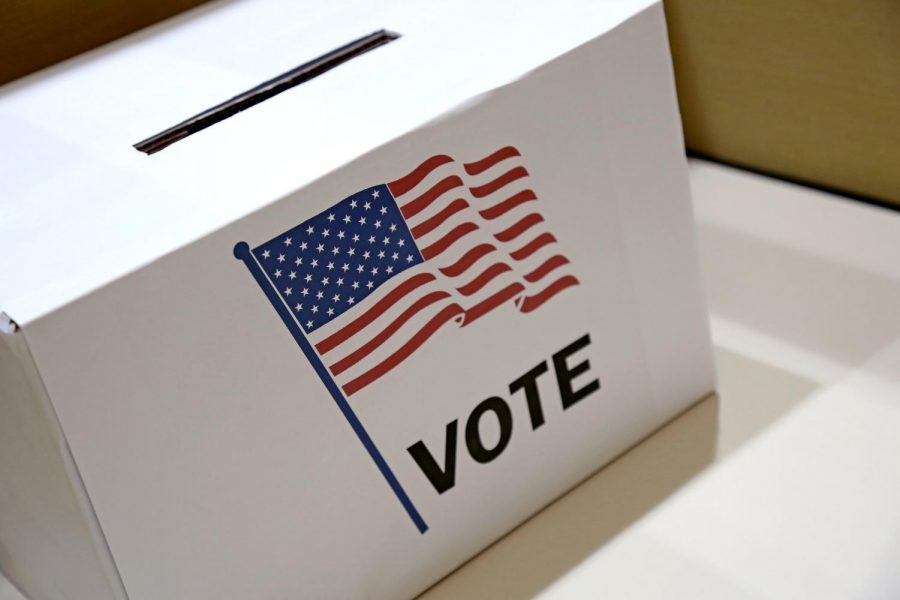 On Tuesday, March 3, 2020, fourteen states, including Massachusetts, voted for who they thought would be the perfect fit for the Democratic Presidential Nominee. The Super Tuesday election was very close, closer than other elections.

This past weekend, moderate democrats Pete Buttigieg and Amy Klobuchar dropped out of the race and endorsed Joe Biden. Beto O’Rouke, a former candidate as well, also endorsed Biden.

Mariah Mauke, a junior majoring in political science, commented on the result of their endorsements. “It… seemed well thought out,” Mauke said, “because they both immediately put their support behind Joe Biden, which I think caused that increase in support that I wasn’t expecting.”

After the polls closed on Tuesday, the two front runners of the democratic party are Joe Biden, a moderate Democrat, and Bernie Sanders, a democratic socialist.

Bishop Bryan, a junior majoring in public health, said that he “doubts that there will be a Warren surge or a Bloomberg surge, even though he spent a lot of money.”

Mauke added that it is “definitely going to come down to Biden and Bernie for the nomination. At this point, I can’t see any of the other candidates catching up to the momentum that they’ve gained on Super Tuesday. But as we saw four years ago, anything can happen. So we’ll just have to wait to find out for sure.”

Biden’s campaign was considered dead after major defeats in Iowa, New Hampshire, and Nevada, but he somehow managed to come back with an impressive win in South Carolina. This win gave him a boost among moderate Democrats all over the country.

Sanders, on the other hand, was always a stand-out candidate, taking wins in Iowa, his neighboring state of New Hampshire, and more recently in Nevada.

There are 1,344 delegates up for grabs in the Super Tuesday primary. In order to get the nomination, a candidate must receive a total of 1,991 delegates from all of the different primary elections and caucuses.

Joe Biden had a stellar performance on Tuesday, considering that many of his critics said his campaign was nearly dead. Biden won nine out of thirteen states: Massachusetts, Virginia, North Carolina, Tennessee, Arkansas, Alabama, Oklahoma, Texas, Minnesota, and Maine.

Bernie Sanders won three states: Vermont, Utah, and Colorado. He is expected to take California, but issues with their voting machines have led to a delay in the final results.

Bryan thinks that the narrowed field of candidates contributed to Biden’s success. “Bernie won the biggest prize of California” he said; California carries 415 total delegates. “Biden picked up a lot of unexpected states because Amy Klobuchar and Pete Buttigieg dropped out,” he continued.

According to nbcnews.com, Joe Biden currently has 565 delegates out of the 1,344 and Bernie Sanders has 506 delegates. But Sanders is expected to take the state of California which has 415 delegates up for grabs. Currently, Sanders has 161 of California’s delegates to Biden’s 100.

Elizabeth Warren and Bernie Sanders come from the left of the Democratic party, and some AIC students feel that if Elizabeth Warren took the same move Klobuchar and Buttigieg took, Bernie might have gotten more votes.

Alyssa Kelleher, a first-year student majoring in political science, remarked that Warren is potentially hurting Bernie’s campaign. “If Warren dropped and endorsed Sanders, Bernie would have secured more delegates,” she said. “But I don’t think he would’ve won more states because Biden and Sanders’ endorsements were uneven.”

Elizabeth Warren has since withdrawn her campaign, but she has still refused to endorse either of the leading Democratic candidates.

Mauke was surprised that Warren did not have more support in Massachusetts, her home state.

“There was a lot more support for Biden than I had expected,” Mauke said, “and a lot less support for Elizabeth Warren–especially in Massachusetts–than I thought there would be.”

A number of states will hold their primary elections next week, including Idaho, Michigan, Mississippi, Missouri, and Washington on March 10, and Arizona, Florida, Illinois, and Ohio on March 17.