Do the Brit Awards have an Impact on Americans?

The Brit Awards are distinct from other pop music award ceremonies because they recognizes British and international acts that have affected the UK with their music.

Jack Whitehall hosted the show for the third time. Also hosting with Whitehall was Clara Amfo. The Brit Awards are sponsored in large part by MasterCard, who lend their name to the Album of the Year award.

The Brit Awards are not as well known as some other music award shows among certain populations. Rose McCaffrey, a freshman at American International College, has some knowledge about the UK award show.

McCaffrey said, “I know that the Brit Awards are similar to the American Music Awards [AMAs] here in the states, but that’s about it.”

Some have not heard of the Brit Awards at all. Michael Carlin, a sophomore at AIC, stated, “I didn’t know about the show until this interview.”

Kristin Bakke, a sophomore at AIC, had heard of them, but like McCaffrey, has not watched them before. Bakke felt that, unlike the AMAs, the Brit Awards weren’t relevant to her.

Carlin agreed. “I would rather watch the American Music Awards than the Brit Awards.”

But the sophomore does watch international television programs. He stated, “I watch Merlin, BBC, and anime.”

McCaffrey believes that “the award shows are different because they are based on different cultures… I think it introduces new music and ideas to American citizens.”

Alternatively, Bakke thought, “International award shows do not have an impact on Americans. It is not something that is advertised appropriately, and I simply have no time.”

The lack of time was something all three students agreed on. It is hard enough keeping up on what is important to them, and they have little free time to check out programs that are not on their radar.

McCaffrey said that she “probably wouldn’t watch these awards because I’m more interested in politics than pop culture.” McCaffrey did go on YouTube though to see the live performance of Harry Styles singing “Falling.”

Carlin agreed that even if the Brit Awards were advertised more, he probably wouldn’t watch them. “People don’t have time for that,” he said, “especially us college students.”

Bakke agreed too. “If it was promoted more, I still would not watch, personally, because I have no time. However, some people may enjoy it.” 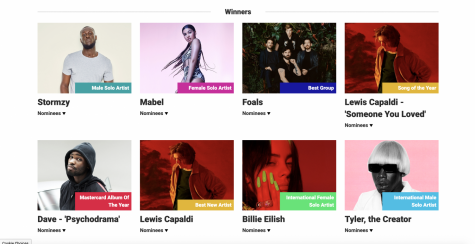 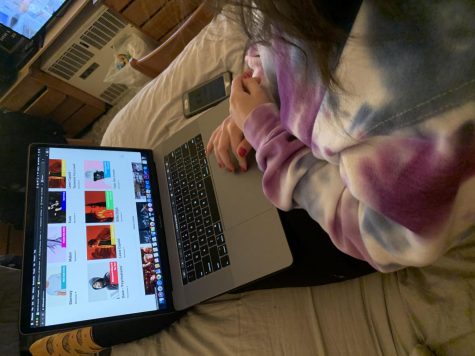