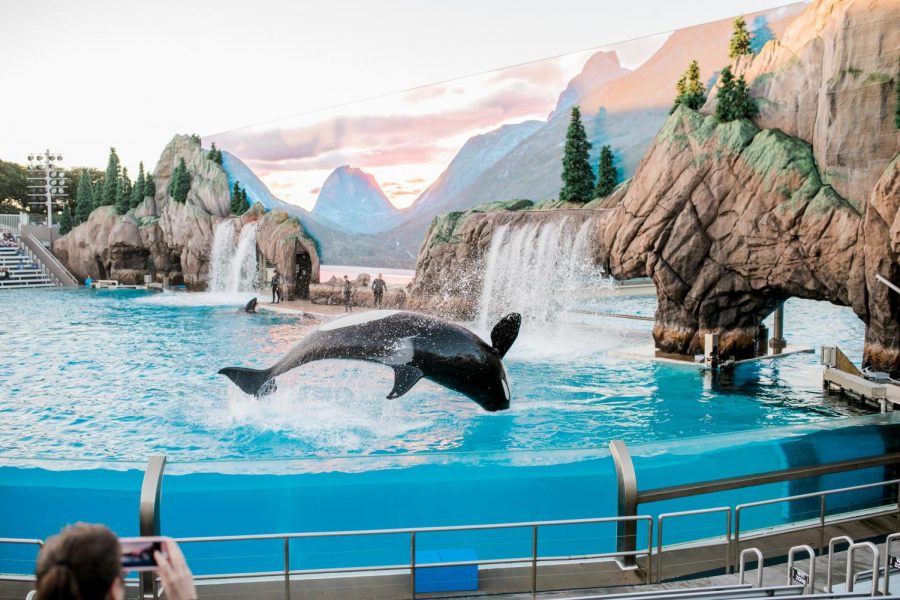 If you are looking for something to watch while in quarantine, look no further than Gabriela Cowperthwaite’s 2013 documentary, Blackfish, which is now streaming on Netflix.

The film is about SeaWorld and their killer whale Tilikum. The film’s rhythm and message make for a real tear-jerker, whether you’re an animal lover or not. Blackfish informs us that the killer whales that are one of the main attractions at SeaWorld have needs, and that they belong in the wild where they can be free and not be secluded to one tank. As a result of his captivity, Tilikum killed three people, and ended up harming some of his trainers. Imagine being an animal that can’t be free, that has to do tricks and perform for people’s entertainment, and then when everything is said and done, you have to go back to your little area and stay there.

The film’s message is rather explicit, and does not portray SeaWorld in a favorable light. In today’s society, many would agree that animals do not deserve to be mistreated by humans. But the film shows how SeaWorld’s killer whales are being treated as if they were objects. When an incident occurs with a trainer, the SeaWorld employees “punish” Tilikum. When he is finished with his performance, they put him in a whole separate area of the pool and leave the poor whale in such a little space. Although it’s an animal, it still has feelings, and it shows.

When Tilikum is excluded and put into his “punishment” area, instead of displaying his fin in an upward position, it is now downward, which demonstrates that he’s sad.

Some might think that these whales wanted to kill or harm the trainers that they work with everyday–the trainers with whom they foster a real connection. But the film does a good job of showing how whales in captivity are impacted in a way that can prove detrimental to their behavior.

The filmmaker had the intention to show viewers that these animals don’t deserve to be taken out of their environments for the sake of entertaining the public, and she makes a convincing case. In my opinion, this film did a great job of describing the events that unfolded at SeaWorld when Tilikum made headlines for killing his trainers. The film included a lot of great interviews with reliable sources, which included trainers from the parks and even family members of the slain. This documentary almost wants to make you take action against the park and to set these whale free. Tilikum passed away in 2015, but SeaWorld remains a thriving theme park.

This film might speak to audiences in Western Massachusetts, who might be familiar with a similar controversy about the Big E, where the animals looked like they were being mistreated. Like at SeaWorld, animals at the Big E were regarded as entertainment and were viewed as if they were toys. This sparked a lot of controversy, especially after a certain picture was posted on social media and reposted many different times, which made people want to take action. A picture–or a film, or in this case–can spark something in you to want to help make a change, and Blackfish does just that.

I would recommend this film to anyone looking for a powerful documentary about the dark side of the entertainment world during the time of quarantine, when most entertainment centers are closed. It may sound like it’s a depressing documentary, but it’s actually extremely informative, and offers a message that I feel everyone should know about.