“It goes by in a blink of an eye.”  Isn’t that what everyone tells you when you start your first year of college?

No one ever expected that it would end seven weeks early.

As students packed up their things for spring break, the Coronavirus was starting to become out of hand in other places, but not yet in the Unites States. But that changed very quickly.

During spring break, the students received an email from administration explaining that AIC will be extending their spring break another week. I took this as a moment to reflect. I felt grateful that unlike other local schools in Western Massachusetts, AIC had not canceled all the events and moved to remote learning altogether.

The spring sports teams and winter sports taking part in post season competitions were notified that they would no longer be able to continue their season. I was heartbroken for them.

I was in touch with some of my other friends at different schools who explained how their campuses were dealing with these unprecedented times. One college had closed their campus altogether and told students they had to move out within three days. Another still had not heard, and one threw their own graduation on campus.

As I sat at home, out of work and now out of school, I began thinking. What if we do not go back to campus? What if they cancel graduation? Knowing that these possibilities were highly likely, I still held out some hope. It was hard as the shocking news just kept rolling in.

I remember talking with my friends thinking, “I would not want to be one of the people making decisions right now.” Because what do you do? No one knows what is going on. And that is the scariest part.

As everything was changing nationally day by day, it left me unsettled. I knew I could talk to people, but the reality was that no one really knew anything. Everyone is still learning.

AIC sent out another email stating that the campus was transitioning into remote online learning and students were to return to campus to move their things out. I do not think this really hit me until days later when we received another email.

Graduation would be canceled.

I realize that these precautions taken were for our safety and to make sure that everyone remains healthy during this COVID-19 disaster. I did not want my frustrations to come across as degrading toward the decisions that had been made when I talked about this with my family, but it was hard.

Some say you work hard for four years to receive that diploma, but I believe that people have been working their whole lives to walk across that stage and to be able to say, “I did this.”

We left school thinking that we were leaving for a week; we did not expect never to come back. I did not get to say goodbye to people that I will not see again.

I talked with my family and something that kept me going was that we were not the only ones dealing with these tragic events.

From this moment on, I knew not to take a single day for granted. As we lost these events and what was to come during those next seven weeks, I knew that there were people all over the world that have it worse.

When I took a moment to sit and reflect, I felt grateful–for the memories I have made at AIC and for the people I have met. I may not have been given the chance to tell each of them, but deep down I knew that they all made a difference in my college career.

The Coronavirus has taken a lot away from me recently, but one thing it will never take away was the time spent at AIC with great people who have shaped me into the person who I am today and for that I am forever grateful.

So, to everyone involved, thank you. 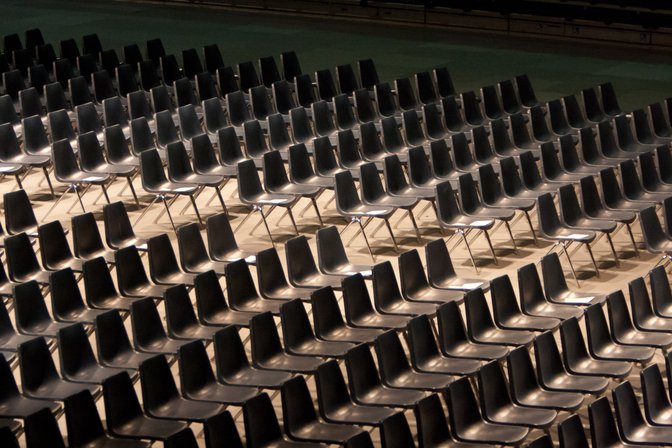