The Cancellation of the Holyoke St. Patrick’s Day Parade Does Not Dampen the Green Season

On Tuesday, March 10, 2020, Holyoke Mayor Alex Morse announced that the Holyoke St. Patrick’s Day Parade would be canceled because of the rapid spread of COVID-19. While the cancellation of the parade was necessary, many of those involved were disappointed, including those young women who were due to be honored as Colleen and her Court.

The Holyoke St. Patrick’s Day Parade was scheduled for March 22, 2020, and was going to start at 11:10 am. It would travel from Kmart Plaza in Holyoke to City Hall and Downtown Holyoke.

The Holyoke St. Patrick’s Day Parade attracts nearly 300,000 people to Holyoke and is televised on WWLP Channel 22. The cancellation was a major loss of revenue to the city.

Several parade committees present honors that are tied to the parade. One is the naming of the Grand Colleen.

“The Colleen is an honor given to a young woman of Irish descent and is based on character, scholarship, and your involvement in the Irish Community,” said 2020 Springfield Colleen, Colleen Curley, a senior at Springfield’s Renaissance High School.

The Grand Colleen is named from the finalists, the rest of whom become the Colleen’s court. Many girls of Irish descent vie for this honor which is presented by Springfield, Holyoke, Agawam, Chicopee, West Springfield, and Westfield.

Curley was very disappointed and heartbroken when she found out the parade was canceled. It is the highlight of the green season for the Colleen and court.

“Me and my court have definitely tried to look at the positives and make the most of this year given our circumstances,” Curley said.

Springfield court member Marah McDonell, a senior at Ludlow High School, said that she understands that it was canceled for health concerns, but she was still very upset.

“It would’ve been a day to not only celebrate the Irish culture,” McDonell said, “but to celebrate all of the girls who have worked super hard to become the Colleen and her court. It would have made us make such magical memories that only a few girls can share.”

Curley briefly talked about her experience at the Colleen preliminaries and ball. She explained how rigorous the interviewing is. During each preliminary, the young women meet three different judges and answer an important question in front of a crowd of about 200: “Why do you want to be the Springfield Colleen?”

Senior Maeve Shea of Longmeadow was also among the five girls chosen to represent Springfield as the Colleen and court. Like McDonell, Shea was also in shock when she found out the parade would be canceled.

“Although we didn’t have our parade and were not able to go to our last couple of events, it did make me appreciate what we did get to experience a lot more,” Shea said. “We know that next year’s parade will be a great way to celebrate two years worth of St. Patrick’s Day!”

2020 court member Grace McCarthy, a senior at Ludlow High School, reminisced about growing up going to the parade.

“We’ve all grown up watching the parade with our families,” McCarthy said, “waiting for our turn to be able to ride on the float as the Colleens. It was finally our turn… but now it wasn’t going to happen.”

Being Irish means a lot more to these girls than just participating in the parade. McCarthy continued that the Holyoke St. Patrick’s Day Parade “gives those who aren’t Irish a chance to feel what being Irish really means: that family and love are the most important things.”

Although the 2020 Colleen, Colleen Curley of Springfield, and her court—Marah McDonell of Ludlow, Maeve Shea of Longmeadow, Grace McCarthy of Ludlow, and Danielle Buoniconti of Ludlow—do not have the chance to ride on their float this year, they look forward to the parade next year! 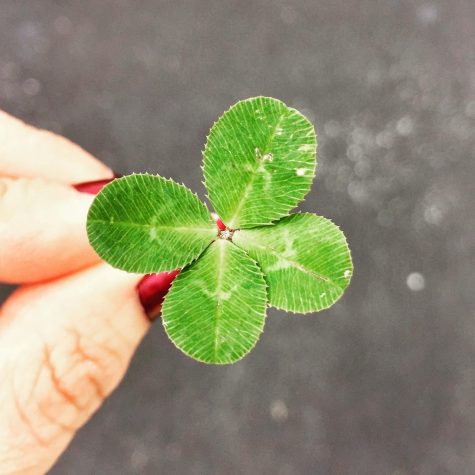 Photo by Amy Reed on Unsplash