Are Essential Workers Heroes or Prisoners?

Amidst all the chaos and isolation brought on by the COVID-19 pandemic, many people are still forced to wake up every day and go to work. Currently, countless people are still working. Dubbed “essential workers,” these people are putting their lives at risk to provide services.

The truth is these people were always essential, but it can only be recognized when it’s convenient. These people are not heroes; they are prisoners.

They are not working under the influence of duty to the country or martyrdom. This is not a selfless act. They have no other option.

This is not something that is new; if they stop working then they cannot afford food, rent, and other essentials as the crisis worsens. Careerbuilder.com found in a 2017 survey that 78% of the labor force lives paycheck to paycheck.

The COVID-19 crisis—and the American response in particular—will go down as one of the most mishandled world health emergencies in history.

Donald Trump destroyed our pandemic response team. He slashed the CDC’s budget; he is refusing to distribute the stockpile of ventilators to states whose governors have poor opinions of him; he encouraged people to take a drug that has not been proven to work.

Perhaps worst of all, I fear that like many paradigm-shifting events, we will learn nothing from this.

In his 1845 work, The Condition of The Working Class In England, German philosopher Friedrich Engels coined the phrase “social murder.” Engels defined social murder as follows: “When society places hundreds of [lower-class people] in such a position that they inevitably meet a too early and an unnatural death.”

Engles argues that this death is not simply due to neglect by the state, but is “quite as much a death by violence as that by the sword or bullet; when it deprives thousands of the necessaries of life, places them under conditions in which they cannot live.”

Based on this theory, the handling of COVID-19 by the highest powers of our political system is social murder. We could have taken steps to prevent this from erupting into the catastrophe we are seeing.

America is far and away the most infected country. As I write this, New York State has more confirmed cases than any country on Earth. While New York has begun to dig mass graves for unclaimed people, its governor, Andrew Cuomo, cut Medicaid in the midst of this crisis.

Instead of cutting the healthcare safety net, a better solution would be enacting a single-payer option. As people are losing their jobs (to which their healthcare is tied), a single-payer option would save lives. As would a robust national public health department that could have ordered a quarantine far earlier than individual states did to mitigate the impact of the virus.

Despite this, people champion Cuomo as a glowing light in uncertain times. Many want him to take up the role as Democratic nominee.

The Democratic nominee, Joe Biden, did not encourage the Democratic National Committee to stop the in-person primary process, despite clear evidence that this would expose voters to the infection. They have doomed thousands of people to suffer this illness through a process that could have been conducted entirely through mail-in ballots.

It is the failures of the politicians in charge that have accelerated us into the hellscape we see before us.

People will hail the essential workers as the backbone of our economy. The Times will name them the persons of the year. Politicians will run on platforms thanking them.

Over 16.9 million people have filed jobless claims since the crisis began. Without a national rent freeze, without giving them hazard pay, without a bailout where the American people’s needs will actually be met, millions will lose everything—their homes and their lives.

When it’s all said and done, people will still look down at the sanitation worker and the fast-food employee with disgust, and politicians will oppose any hike in the minimum wage.

After 9/11, we invaded the soil of a country that had no involvement in the attack, and this led us into two disastrous wars. After the 2008 recession, the government bailed out the banks and those responsible for the crash.

And during this crisis, we have yet to analyze how we have gotten to this state, or the things we could have implemented to lessen the damage. Instead, we have treated this as a problem that nothing could have prevented. 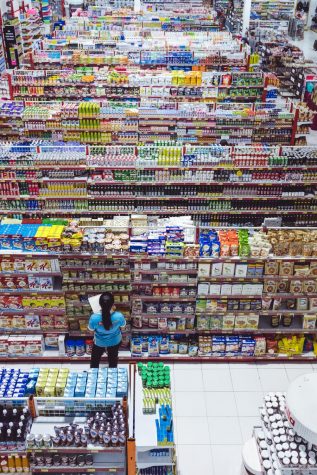 Photo by Bernard Hermant on Unsplash