Opinion: Nineteenth-Century Slave Catchers and Modern-Day ICE Agents Have More In Common Than You Think 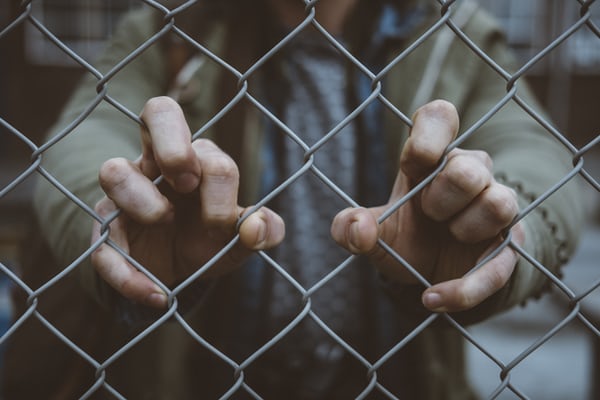 Extreme as some may find this descriptor, it was unfortunately the reality for many Africans (and their African-American descendants) who were chained and forced into slavery. And it is the reality of undocumented immigrants who have been detained at the Mexican-American border in today’s world. There are a number of similarities that stand out between the time of slavery in the US and now, especially with regard to the militarized tactics endorsed by the Fugitive Slave Law of 1850 and the tactics used after the formation of the Immigration and Customs Enforcement (ICE) agency during the 2002 Bush Administration. These tactics have been reformed under the Department of Homeland Security (DHS) and continue in a heightened fashion today.

Obviously, slaves and undocumented immigrants differ greatly for many reasons. But they can also be compared because of the similarities in the injustices faced by each group, which include the militarized tactics used to “catch non-citizens,” and the wretched treatment they suffered (and are suffering) when in the hands of those in power.

The hardship of living as an escaped slave have been showcased in a number of nineteenth-century slave narratives, including the autobiographical narrative, Incidents in the Life of a Slave Girl (1861) by Harriet Jacobs, which recounts a slave woman’s struggle for freedom. Today, one need not look far for the myriad of articles blazoned across the media about unjust events perpetrated by ICE and laws passed regarding to immigration. One such article is from The San Diego Union-Tribune.

In Incidents in the Life of a Slave Girl,  Harriet Jacobs describes how her sense of security and freedom in the North was so swiftly wiped away in 1850 when the Fugitive Slave Law was passed. Although her brother and children were technically free entities, emancipated by their former owners, Jacobs herself was not. Although she had fled from Dr. Flint (her slave owner) years prior, she was still not technically free, and the passage of the Fugitive Slave Law only heightened the search for Flint’s once prized slave girl.

When Mr. Bruce, who had taken her in, had proposed that Jacobs should become a nurse to his new infant, Jacobs was up for the task, except for one hesitation: “that was [her] feeling of insecurity in New York, now greatly increased by the passage of the Fugitive Slave Law.” One of the main reasons Jacobs becomes increasingly anxious is because this law signed to paper became palpable in real life. Jacobs recounts hearing of an escaped slave being apprehended by authorities: “The slave Hamlin, the first fugitive that came under the new law, was given up to the bloodhounds of the north to the bloodhounds of the south. It was the beginning of the reign of terror to the colored population.”

Jacobs goes on to explain how families who had lived in New York for over twenty years had to flee, how poor women who worked hard to make themselves a humble home had to scurry to say goodbye to friends and become strangers to a new land (Canada), how many spouses discovered a truth that had until that point remained hidden: that their spouses were fugitives. New York was crawling with kidnappers, incognito, ready to pounce on any fugitive slave once given the chance. For this reason, Jacobs “lived in a state of anxiety… closely observ[ing] the countenances of all [she] met.” She also “dreaded the approach of summer, when the snakes and slaveholders make their appearance.” These slaveholders did indeed make their appearance that summer, and it had been made known to Jacobs that Dr. Flint knew of her whereabouts, which meant she had to flee again.

Jacobs led a life of flight; fleeing the shackles of slavery not just for herself, but for her children. Some may argue that, as a slave woman, Jacobs endured more than her male counterparts. Slave women were often raped by slave owners to produce more slaves. These slave masters did not view their offspring as their children but as profit and a succession of slavery. Still, this led to the masters’ wives developing jealousy, leading to even more scrutiny, ill-will, mind games, and poor treatment from slave women and their children alike. Slaves like Jacobs fled not just because of the strenuous and brutal physical treatment in the fields, but because of the psychological effects on her mind and on the minds of her children.

What is so sad is that this is not a story of antiquated origin, but a reality of not too long ago that is recurring in our country again today. Currently many immigrants, especially those from Mexico and Central America, have endured horrible conditions in their home countries, such as poverty, lack of sustenance, and crime, which has caused them to flee to America with hope of shelter and amnesty, if not citizenship. This trek is dangerous; it has led to the displacement of families and subjected women migrants to sexual assault and rape.  Therefore, nineteenth-century slaves and modern immigrants share similar reasons for flight, which at their core, do not differ vastly; they wanted (or still want) freedom and an opportunity for a better life.

The 1850 Fugitive Slave Law can be compared to the recent militarized tactics used by Immigration and Customs Enforcement (ICE) to police undocumented immigrants in the US because their stratagem has not changed. As stated in The San Diego Union-Tribune, “Early in its creation, ICE used questionable tactics, functioning as a secretive police force; entering a community in unmarked vehicles brandishing a federal agent badge or jacket and taking people away in unmarked vehicles with no license plates. This practice continues to this date. The scenes have been effectively viewed as kidnappings because families targeted were not informed of what agency was carrying out the detention.” The parallels to the past are clear. Jacobs had to question every single person she engaged with, because they could have been an informant paid by slaveholders or slave catchers. Undocumented immigrants today are faced with the same dilemma; many hide their true identity and have to fly under the radar, fearing someone could expose them to the government and have them detained or deported.

Undocumented immigrants often use aliases while working and have to work “under-the-table” jobs in order to stay safe in the States. But incognito ICE agents and tips provided to (and sometimes incentivized by) ICE pose a major threat to their livelihood and that of their families in America. Then and now, families are broken apart to the point where they are no longer in a unit.

Even scarier are the border crisis photos that came to light around 2017 and onward, which showed children in cages and inhumane detention centers, leading many to realize that family members do not know the whereabouts of their other family members–just as slaves did not when they were sold or fled.

Trump’s 2018 “zero tolerance” policy, which criminally prosecuted undocumented immigrants at the border, causing separations between parents and children, and leading to many underlying abuses, can be equated with the Fugitive Slave Law of 1850 as well. These acts carried  out the suppression of peoples, whether slaves or immigrants, and like many other laws, they greatly affected those they targeted, but did not cause officials to bat an eye, which is a main reason these abuses continued.

Slaves were in chains and shackles then, and now undocumented immigrant children, brought to the US by their parents, are in cages. No matter the medium of detainment, the right of freedom is revoked, causing people to live in a sense of fear and insecurity in what is supposed to be “The Land of the Free.” Runaway slaves like Jacobs lived in fear of being caught by slave catchers back in the nineteenth century, while undocumented immigrants live in that same fear of being caught by ICE in the twenty-first century. They both knew/know that the consequences of being captured or detained were not/are not pretty, and that going back either to the plantation or to their country was/is detrimental to their being and livelihood.  Militarized tactics by the government that used fear against minority groups trying to acquire a better life and fear, fees, and prosecution for others who aided them in that notion occurred then and now through the Fugitive Slave Act of 1850 and the enforcement of ICE’s similar methods from 2002 and onward.

If history repeats itself, during a different time period or under a different set of circumstances, then it is only because we let it. It is a beast that needs to be stopped in its tracks.